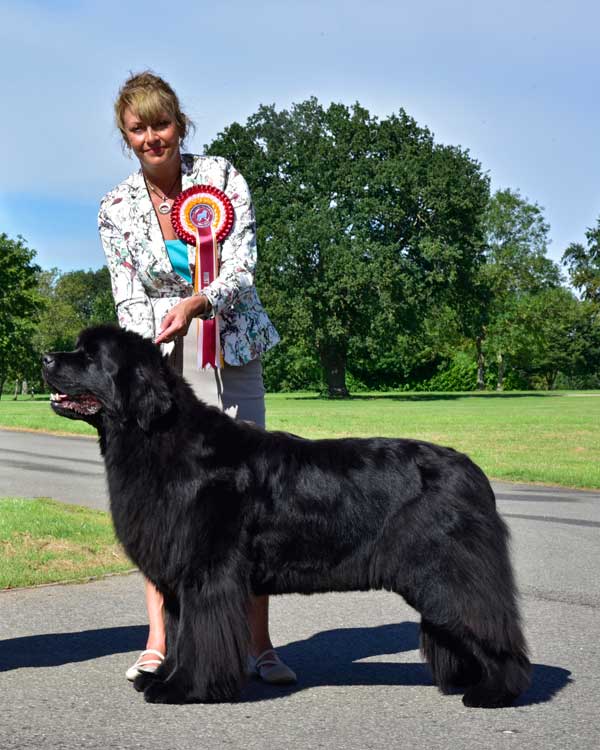 We breed a litter only very occasionally and our thoughtful breeding using both UK and International bloodlines has resulted in Challenge Certificate winners in all three colours and several Darkpeak dogs gaining their Champion titles. Key achievements include Ch. Darkpeak Mystified who was top winning Newfoundland in 2005 winning a total of 15 Challenge Certificates.

Our Import male Ch. Cape Lewisporte Nirvana at Darkpeak JW was Top Puppy in 2015 and gained his title in 2016 at the age of just 21 months. More recently we have imported from Poland and our two youngsters have had considerable success in the show ring including winning Challenge and Reserve Challenge Certificates from Puppy Classes and achieving Group Placings at Championship Shows.

Darkpeak have a keen interest in health, we were one of the Kennels in the UK who were involved in the early heart research. All our dogs have their hearts tested by a Vet with a Diploma in Veterinary Cardiology, are Hip and Elbow scored under the KC/BVA scheme, screened for Cystinuria and recently we have commenced screening for Thrombopathia. We have made many life-long friends through the puppies we have bred.